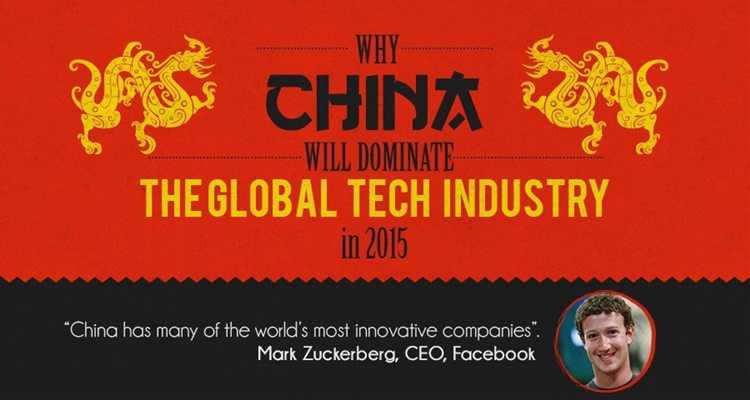 Why China Will Dominate the Tech Industry in 2015?

“¢Did you know that due to the expansion of the Chinese technology market it will account for over 40% of the global technology industry?
“¢Or that Forbes estimates that Chinese branded smart phones will account for 1/3rd of global sales in 2015?
“¢The real scale of the Chinese tech industry comes in E-commerce where on one Chinese holiday alone, one e commerce company made $5.75 billion in 2013 – almost 3 times more than all of the U.S. E-commerce sites combined made on Cyber Monday in 2014.

Surfing on a slow Internet? or Using a screen reader? Read this report in textual form…
Report: China in Tech Industry by Irishapps.org (4 KB)
You can also download this report in its original format (690 KB)

More than 680 million people in China were online in 2014

A brief comparison of China with rest of the World on basis of technologies used : 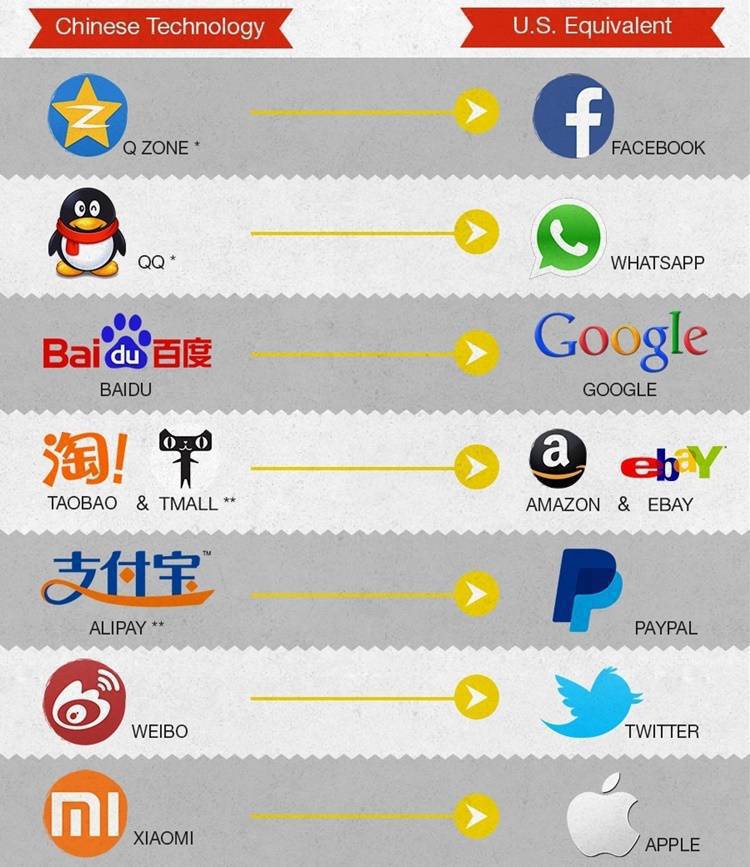 Getting to know the Chinese Tech Industry

Taobao is an e-commerce marketplace. It is twice the size of eBay and Amazon combined. During Chinese holiday ‘Singles Day’ in 2013, Taobao and its trade site TMall processed $5.75 billion in sales. By comparison, all of the U.S. e-commerce companies combined, processed $2 Billion on ‘Cyber Monday’ in 2014

Alipay is the largest mobile payment platform in the World. It processsed nearly $150 Billion in mobile transactions in 2013. Paypal, on the other hand, processed $27 billion in 2013.


Download this infographic in original format – Why China Will Dominate the Tech Industry in 2015?
Using a screen reader? read the Text-Only version
*This study was presented in the form of info-graphic by IrishApps and published by JustTechThings.com*

← Watch and surf geo-blocked content with UnoTelly SmartDNS
What are HTTP Status Codes and why are they used? List of common HTTP status codes →