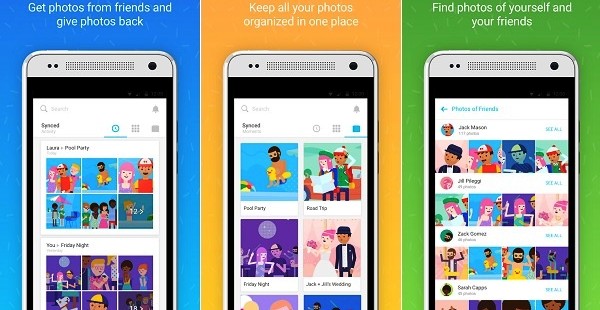 People that love to take pictures during the parties or some function through the smart device and don’t want to share each and every picture of the friends then the Moments application will automatically shares the pictures with the people who are in the pictures. The application will not post the pictures on the Facebook website until the user will enable the feature of Facebook sharing. The application is the best picture solution of the current century; friends will no more be in need of digging ones smartphone to find their pictures.

Let’s say at the wedding ceremony of Bilal and Shaista, the people who will take their pictures through their smart devices don’t need to send the pictures or selected pictures through email. The Facebook Moments application will automatically detects and recognizes the faces of Bilal and Shaista and then it will share the pictures privately with them. But for this all the people needs to have the Facebook Moments application installed in their smart devices.

The development of this application is the result of competitors in the market, as Google and Yahoo has already developed and launched the application with the same features like image detection along with the sharing of images and with the facility of  huge amount of storage space.

Recently Google has developed and launched the application Google Photos that has the ability of recognizing faces, location and the objects and also has the ability of sharing it on Google Plus and other sources as well. The application developed by Yahoo Flickr also has the same features. Although Facebook is late in this business but it has a great future due to the number of Facebook users around the globe. The Moments application is currently only available in the US and soon it will be launched in the rest of the world. Facebook has not announced any desktop version of the Moments application yet. The Moments user will be able to control the tagging capabilities of the application through the Settings menu.

Leave a Reply to Maks Click here to cancel reply.