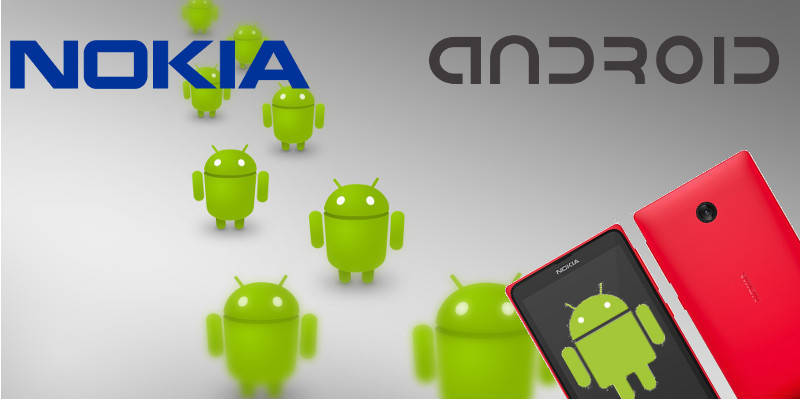 Nokia’s Stunt with Android comes to an End

Microsoft is ditching the Android platform from the Nokia X brand of smartphones and switching them to its own Windows Phone Software as it seeks to integrate the former phone giant into its own corporate structure following the acquisition.

In a move that will surprise few people, Microsoft announced that it will shift select Nokia X product designs to instead become Lumia devices running Windows Phone, in order to bolster its line-up by delivering additional lower-cost Lumia devices.

Microsoft said that it will continue to support existing Nokia X products that customers have purchased.

The move was announced by the firm as part of changes it is making to simplify its organisation and realign its devices strategy, and outlined in emails from chief executive Satya Nadella to Microsoft employees, and from Microsoft Devices Group executive vice president Stephen Elop.

Nadella said that in working to integrate the Nokia Devices and Services teams into Microsoft, it would be able to “realise the synergies to which we committed when we announced the acquisition last September”.

Detailing the changes, Elop said that the strategy of the Microsoft Devices Group had to reflect Microsoft’s overall strategy.

“In addition to the portfolio already planned, we plan to deliver additional lower-cost Lumia devices by shifting select future Nokia X designs and products to Windows Phone devices. We expect to make this shift immediately while continuing to sell and support existing Nokia X products,” he wrote.

Elop also said that Microsoft plans to consolidate the former Smart Devices and Mobile Phones business units into one unit that is responsible for all of the company’s phone efforts.

Microsoft announced plans to acquire Nokia in September 2013, but the deal only closed earlier this year. In the meantime, Nokia pushed ahead with plans to launch Android-based handsets, and unveiled the resulting Nokia X, X+ and XL models at the  Mobile World Congress (MWC) show in February.

At the time, analysts questioned the wisdom of pressing ahead with the Android-based devices, given the pending acquisition by Microsoft, with IDC’s  saying that the move could potentially weaken Microsoft’s position in the phone market.

“How long will Nadella support a strategy that uses their main competitor’s operating system to leverage its own business?” he asked. It turns out the answer was five months.