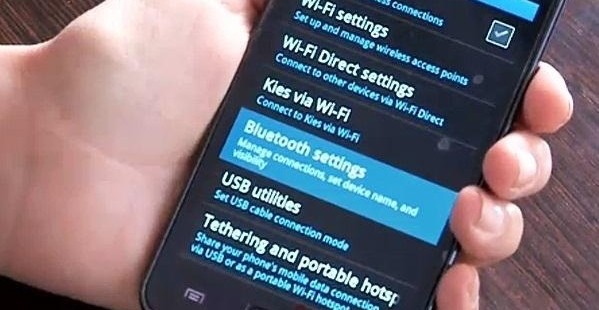 The Galaxy S5 is undoubtedly a great phone and has kept its users satisfied with its performance. The phone has a great set of hardware specs and also has a solid built quality. Even when Samsung has tried their best to give a perfect smartphone to its customers there remains some minor issues with the phone. One of the very common issues which is seen in many of the android phones and also in Galaxy S5 is the Bluetooth issue. Now the Galaxy S5 Bluetooth issues can range from broken connections to sometimes no connections at all. Here we are going to suggest some minor fixes for the Galaxy S5 Bluetooth issues. So let’s start with the fixes.

Toggle Bluetooth on and off

The simplest of fixes is to just turn off the Bluetooth in your Galaxy S5 and then turning it on again to check if the Bluetooth starts working fine again. This simple process might be able to fix the Galaxy S5 Bluetooth issue. So it’s worth giving a try.

Now another simple solution that could be tried is to just restart the device. This works for many of the similar kind of small issues so might work for this as well. So just restart your Galaxy S5 and see if that is able to fix the problem.

If you are having problems with a particular device then this might well be the fix for this issue. You can just go to the Bluetooth settings of the phone and there you would be able to see the device list. In that list just click on the device that you are having problems with and then just tap on Forget device to delete the device form the phone list. After this restart the phone and then try to connect the device again to see if that is able to fix the Galaxy S5 Bluetooth Issue. This has worked in most of the cases so there is a good possibility that this might work in your case as well.

Boot your phone into Safe mode

There might be a possibility that some third party app is the culprit and is causing the Galaxy S5 Bluetooth Issues. So in that case it is better to have a check about that. This can be done by using the phone in safe mode and then trying to see if the phone is able to connect or not. If it is able to connect then it means that the problem was caused by some third party app so you can just try uninstalling the problematic app after finding it and your problem is solved.

If nothing works then the last solution is to restore the phone to its factory Settings. This you can do by going to Settings -> Personal -> Backup and Reset. This will delete all the data so make sure that you do create a backup of important files.