Bored of age old E-mailing and their dull interface? Keeping up people like you in mind, Google is now trying to revolutionize E-Mailing with a all new killer app named INBOX.  YES, you read it right, an E- Mailing app. So, what about Gmail…???

Actually Inbox doesn’t replace it; it’s just another option for how to view your Gmail on your smartphone.

“Years in the making, Inbox is by the same people who brought you Gmail, but it’s not Gmail: it’s a completely different type of inbox, designed to focus on what really matters,” wrote Sundar Pichai, senior vice president of Android, Chrome & Apps for Google, in a blog post . “We get more email now than ever, important information is buried inside messages, and our most important tasks can slip through the cracks — especially when we’re working on our phones.”

My favourite thing about Inbox is that it’s more of a To-Do List rather than just a normal E-mailing app. 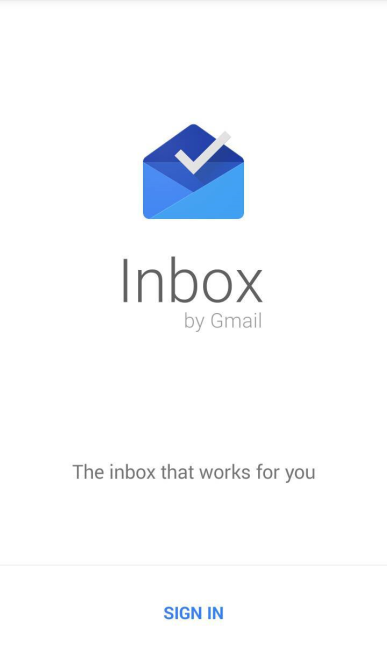 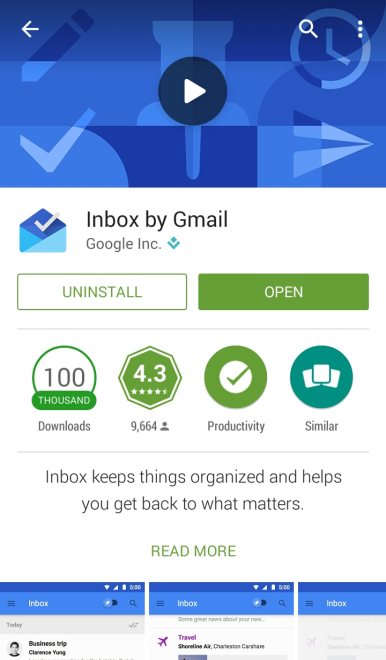 The basic idea is this: it’s still a Gmail app, but instead of giving you the traditional list of emails, it tries to intelligently give you more information so you don’t have to even open them. Google Now-style info cards appear right in line with your message list, including things like flight times, package tracking, and photos.

It also tries to intelligently “bundle” emails into groups that you can quickly dismiss. So instead of having those annoying category tabs in Gmail, you have all your promotions and whatnot collapsed down into a single line in your Inbox. You can drill in and “pin” the ones you want to save and then dismiss the rest. Google is also applying its algorithms to automatically parse out things like phone numbers and addresses when you need them.

In Inbox, Reminders and emails are treated the same. You swipe to the left to “snooze” them, so they’ll pop up at another time of your choosing, and swipe to the right to dismiss them. This allows you to be wonderfully granular about your email time management. Don’t need to answer that email from your boss until tomorrow morning? Snooze it and forget it.

We can actually call INBOX as the Google+ version of Gmail.

Check out the Official video here :-

As of now, you need an invite to start using this cool app. You just have to send an email at [email protected] to request your invitation & after you receive an invite you are good to go. If you don’t receive an invite, Our site would be offering one giveaway very soon, so keep in touch with JUSTTECHTHINGS.COM 🙂